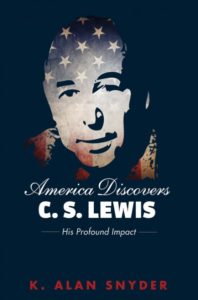 Alan Snyder, whose works we have linked to here before, has a new book about the effect of C. S. Lewis on modern America.

Here is his article talking about, specifically, the influence of Narnia:

Nearly every Wednesday evening since last September, I’ve been teaching a class at my church on The Chronicles of Narnia. Using the traditional order, I’ve completed The Lion, the Witch, and the Wardrobe, Prince Caspian, The Voyage of the Dawn Treader, and The Silver Chair. Last Wednesday, we began The Horse and His Boy. 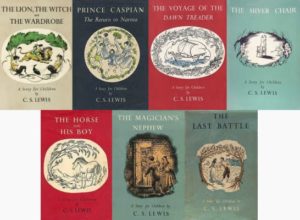 When I started this spiritual journey (and that seems an appropriate description for it), I wondered if adults truly would see the depth C. S. Lewis put into what ostensibly are considered children’s books. I can say without a doubt that they do see and they do appreciate.

In my book, America Discovers C. S. Lewis, I conducted a survey of Lewis’s impact on Americans (at least those Americans who responded to the survey in 2014), and quite a few comments centered on the continuing influence of Narnia as people became adults. In reviewing some of those comments, I find them quite revealing.

For instance, one respondent who was, at that time, completing a doctoral degree, claimed, “Lewis is frequently on the tip of my tongue—his characters remain alive in my heart as friends and relatives—his lessons often spring to mind.” Specifically referring to Narnia, he (or she) added this: “As a doctoral student in theology, I often find connections to Puddleglum or Eustace at the heart of theological arguments.”

One thought on “Narnia for Adults– a new book by K. Alan Snyder”