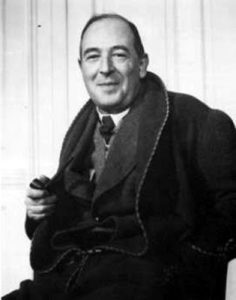 It is well known that C.S. Lewis was an extremely fast reader.  Richard Ladborough, in his essay “In Cambridge” in the bookC.S. Lewis at the Breakfast Table writes: “It is now common knowledge that his [Lewis’s] memory was prodigious and that he seemed to have read everything.”  In his essay “Jack on Holiday” in the same book, George Sayer says, “But when the coffee or tea had been cleared away (I think he preferred tea), he liked to settle down to an hour or two of silent reading.  He would choose a book from my shelves, usually a novel, and often one that he had read before, for he held the view that the qualities of a good book could not be appreciated at the first reading.  … He read very fast and if the book were a humorous one (he pronounced that word with an h) often chucked or laughed aloud.”  In his essay “C.S. Lewis: Supervisor” collected in C.S. Lewis Remembered, Alastair Fowler compares his own reading to Lewis’s: “Reading habits, of course, were different in the fifties; I used then to read ten hours a day.  Lewis, who read far faster, read with surer grasp, and read whatever commitments allowed – read even at mealtimes – read prodigiously.”  Lewis also completed an English degree at Oxford (with First Class Honours) within one year rather than the typical three years.

Not only was Lewis a fast reader, he also had an extraordinary memory for the details of what he had read.  Douglas Gresham writes in his foreward to A Grief Observed “Helen Joy Gresham (née Davidman), the ‘H.’ referred to in this book, was perhaps the only woman whom Jack ever met who was his intellectual equal and also as well-read and widely educated as he was himself.  They shared another common factor: they were both possessed of total recall.  Jack never forgot anything he had read, and neither did she.”  Alastair Fowler also recalls Lewis’s powerful memory: “The flow of Lewis’s writing and speaking had much to do with this remarkable memory.  Memory 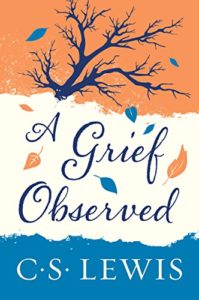 feats were common enough in Oxford then, especially among classicists.  Edgar Lobel the papyrologist and fungiphage, to mention one, modestly denied having Homer by heart – but added, ‘Mind you, if you said a verse I dare say I could give you the next one.’  Lewis could have claimed much the same of Paradise Lost.”

It is natural to ask, how fast could Lewis read?  Also, how did Lewis read?  Was he an efficient skimmer who knew which words to skip or did he have some nearly superhuman ability to take in huge volumes of text?  A letter written to C.S. Lewis’s brother Warren Lewis on May 10, 1921 provides a way to calculate Lewis’s reading speed.  Here is the relevant passage: “Which reminds me, did you ever read Daudet’s ‘L’Immortel’? It is a novel about the Academie Francaise: if you like sheer cool premeditated insolence you should order this by the next mail – tho’ perhaps I should warn you that it is only a couple of hours reading, and you may like books that last, on the world’s end.”

Copying the Project Gutenberg English translation of L’Immortel into a word document shows that the book contains 69,265 words.  Rounding to 70,000 and dividing by 120 minutes indicates that Lewis read 583 1/3 words per minute (Wpm).  If we assume a single-spaced page is approximately 500 words, Lewis could read 70 pages per hour.  (Though if Lewis was reading the book in French, his English reading speed is likely faster).

Ronald Carver’s 1985 paper in Reading Research Quarterly, “How good are some of the world’s best readers?” provides some clues to answer the second question.  Carver selected 16 readers on the basis of their excellent reading ability: four college students who made high scores on a test of vocabulary and reading comprehension, four accomplished speed readers, four professionals whose jobs required large amounts of reading (“a writer for the New Yorker magazine,” “a copy editor for a major metropolitan newspaper who had been recommended by managing editor as one of the best of the 12 copy editors they employed,” “the former head of a major medical school who had served as editor of a nationally known medical journal,” “a history professor at a major university who also wrote book reviews for newspapers”), and four people who had achieved very high scores on various tests (a member of Mensa who had been successful on the same tests given to the college students, a perfect scorer on the SAT, a perfect scorer on the GRE, and a test taker who had scored above 700 on the GMAT).  Carver gave tests of reading comprehension, vocabulary, and intelligence (Raven Advanced Progressive Matrices).  Most importantly, Carver tested subjects’ ability to write summaries of various 6,000 word passages and to recall important details from these same passages when given time to read the passage corresponding to reading speeds of 24,000 Wpm, 6,000 Wpm, 1,500 Wpm, and 375 Wpm.

Carver found that while many of the research participants could write good summaries while only spending a short amount of time with the passages, their ability to recall details fell precipitously as time given to read passages decreased.  He concluded that none of the readers showed the ability to recall and comprehend details taken from the entire passage above while reading at speeds above 300-600 Wpm.  Beyond 600 Wpm, the speed readers were really skimming, not reading.  Carver describes reading and skimming as follows: “What is ordinarily called reading involves an attempt to comprehend the thoughts the author intended to communicate on a sentence-by-sentence basis … When skimming, the individual does not attempt to comprehend the complete thought expressed in each sentence.  Instead, the individual is simply trying to extract as much general information as possible about the passage by sampling only isolated words and phrases.”

C.S. Lewis’s calculated reading speed of 583 1/3 Wpm is at the very top of the range described by Carver, suggesting that Lewis really was reading rather than skimming.  Lewis’s ability to recall details with great accuracy provides further support for this view.  In addition to Lewis’s rapid reading and excellent memory, he also had profound insight into what he had read and skill in describing it. Alastair Fowler wrote: “For he talked like an angel.  My idea of how angels might talk derives from Lewis.  His prose is brilliant, amusing, intimate, cogent; but his talk was of a superior order.  It combined fluent, informal progression with the most articulate syntax, as if, somehow, it was a text remembered – and remembered perfectly” 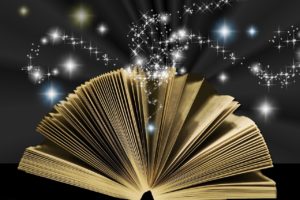 Since Carver only tested 16 people, it is certainly possible that an extraordinary reader slipped through his selection process. Among individual readers, the best overall performance was achieved perfect scorer on the GRE, called TEST-GRE by Carver.  Carver writes, “Of the 16 superior readers tested, TEST-GRE seems easily to qualify as the best reader in terms of being able to comprehend the most while reading the fastest.  There is evidence that she or he could read eighth-grade material at around 500 Wpm.”  But, TEST-GRE was randomly selected from among over 200,000 people who had made a perfect score within recent years, so this person could just as easily not have been selected.  Similarly, there could have been an even better reader with a perfect score on the GRE who was not selected.

Carver also makes an interesting comment on the fourth best overall scorer, a speed reader selected on the basis of a reported ability to read 81,000 words per minute, “From the Raven Test, and from the scores on the two book tests at 1,500 Wpm, it appears that SPEED-81,000 is an exceptionally intelligent person who ordinarily skims at very fast rates.  However, there were no data which replicated the 81,000 Wpm reported when she or he completed the speed-reading course given by the Reading Foundation of California.”

Can we find an upper bound on claims of extremely fast reading?  In fact, the well-known savant Kim Peek provides such an upper bound.  Peek was able to read two pages of a book in 8-10 seconds (one with each eye) and recall every word he had read with nearly perfect accuracy.  Peek could thus read 12 pages every minute, which works out to 720 pages per hour, and assuming again that a single-spaced page is approximately 500 words implies that Kim Peek could read 360,000 words per minute.  However, Peek was not actually reading.  He was not comprehending the thoughts expressed on each page but memorizing the text contained in the book.  He would have scored almost perfectly on Carver’s tests of detail recall but would not have been able to write a good summary.  Peek’s reading speed provides reason to be skeptical of claims to read above 720 pages per hour.

One thought on “How fast could C.S. Lewis read?”