Last week, I was looking at some artwork for a Dungeons & Dragons campaign I am playing in. The game had a new Dungeon Master, (not me!) and I was looking for a ‘look’ for my player. The sessions are lots of fun, the players are determining many of the world aspects and it has players of all ages.

Anyway, I was excited to be getting back into a dungeon from inside my new character. I wanted the right look for the guy, a high elf and what do I find? Homoerotic artwork for Tolkien’s elves. I also found that there was an entire group of fanfic devoted to this kind of relationship.

This was not the first time I have been disappointed by the modern world and Tolkien. I am dead certain it will not be the last. Tolkien intended his works to inspire writers. To create a mythic cycle for England and to inspire the imagination of generations to come. He did not intend to be the inspiration for acts he certainly would have found degrading in the characters he created. 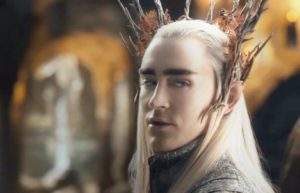 This is simply disrespectful. I get the urge to write fanfic. Some very good authors have written in other authors’ playgrounds. Many have even done so with the approval of the author. However, if you love something enough to write within that setting you should respect the author, the setting and the fans.

I am a guy. A very, ‘guy’ guy, I can understand that there is a desire to write about relationships. I just feel no need to write it or read it. It’s mostly but not entirely a female phenomenon. That’s normal, women are more concerned about personal and romantic relationships. Diaries, hearts and names on pee-chees, advice to the lovelorn, romance novels, and ‘shipping’ fanfic all tend to be female driven.

Some fanfic is pretty good. Some shipping fanfic is dreadful. The last novel my grandfather read was a Star Trek novel. I will not name it here as it may still be found somewhere I do not want to lead anybody to the smoking slag heap of meteor-struck, flaming, toxic, rubbish that is this book. He loved science fiction and Star Trek. The last book he got to read on earth was this awful book. I keep it because it was the last one my grandfather read, but one attempt at reading it was too much. 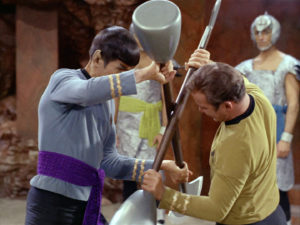 It has obvious homoerotic overtones between Spock and Kirk. Long detailed passages about them without their shirts, their sweaty chests heaving, being tortured by their captors, it was like reading the diary of a madman writing his ‘perfect’ Star Trek episode.

Completely disrespectful of the two characters. People can be friends without any sexual thoughts at all passing between them. Impossible I know in this day and age but true. Even between people of the opposite sex, there can be great friendships with no sexual feelings whatsoever.

That’s not how it works in the ‘shipping’ universe apparently. Every single possible permutation of relationship that can be explored has been. Sometimes it is respectful of the source, the author, his fandom. Sometimes it’s even not horribly written. Other times you get Fifty Shades of Yikes!

Tolkien asked for simple courtesy towards authors, living at least. I would think that would extend to authors no longer living as well. Simple courtesy dictates that if you are playing in someone else’s garden to follow their rules, not break anything, and do not spray graffiti all over it.

That’s all there is to this column. Just show common courtesy to authors, their works, and their fans. If you cannot do that, pick a different world to write your fanfic in; better yet create your own world. 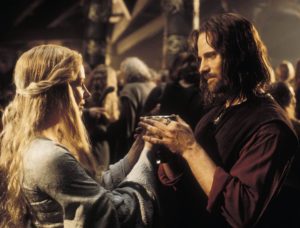 Write the stories you want to read in the worlds you create. I guarantee you will be more satisfied than I was with my fanfic of Aragorn killing mountain trolls. Tolkien was still alive when I wrote that. I am glad he never saw it!

Still, there is that whole, Aragorn and Éowyn thing. She is much better suited to his rugged kingliness don’t you think. I bet they would have a lot more in common and his eyes are such a dreamy sea-gray color, they’d probably have gorgeous children. Twins I bet! I’ll finish this later, something else I have to do right now.

3 thoughts on “The Ship has Sailed”